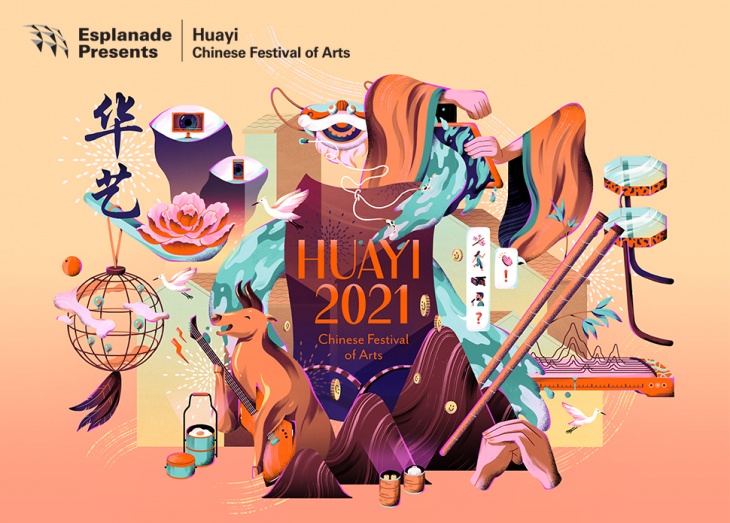 Launched in 2003 during the Chinese New Year, Huayi – Chinese Festival of Arts was introduced as one of four annual cultural festivals at Esplanade – Theatres on the Bay celebrating Singapore’s multicultural heritage.

We aspire to make Huayi the pinnacle festival for Chinese artists, and to be internationally recognised as an arts festival that showcases the works of the most outstanding Chinese artists.

Through commissions, co-productions, presentations and showcases, Huayi enables audiences to experience some of the most dynamic forms of artistic expression by Chinese artists.

Huayi introduces our audiences to works that reveal the unique individual voices of Chinese artists, and as a multi-genre arts festival, the works curated for each Huayi range across a wide spectrum, from the traditional to the contemporary, the mainstream to the cutting-edge.

Huayi is committed to working with Singapore artists and making them known to an international audience as well, by fostering collaborations or partnerships with arts centres and arts festivals.

We are humbled and yet also heartened that Huayi has grown into one of the most warmly embraced arts festivals in Singapore, and a sought-after platform for Chinese artists all over the world.

And as it takes place during the Chinese New Year, we celebrate the occasion with an inspiring and exciting line-up of Arts programmes, both ticketed and non-ticketed. We invite people from all walks of life to come enjoy and participate in our programmes, and we hope that they will encounter much inspiration and positivity so as to start the year on a cheery note.

The taxi stand is located at the entrance to Esplanade Mall along Raffles Avenue.