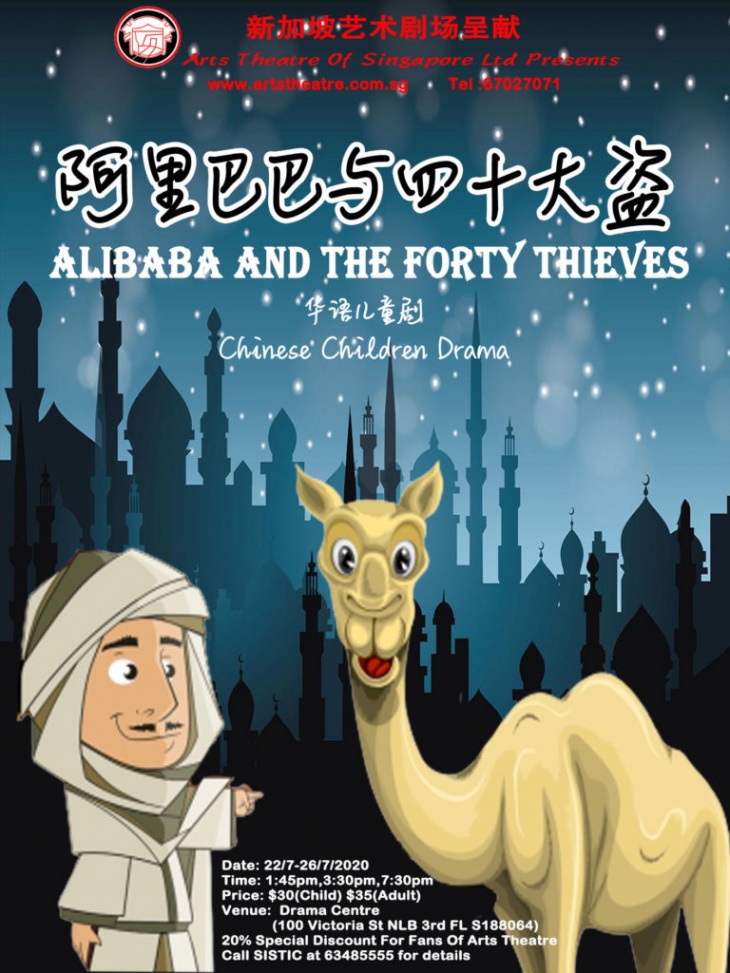 Ali Baba, born in poverty, is honest and kind. Inadvertently, he discovered the forty thieves huge treasure house. When Ali Baba’s brother Kaseem learned of the secret of the treasure house, he took the donkey to search for the treasure.

But he was found by the thieves and Kaseem became a little mouse. The thieves decided to kill Ali Baba, who knew the secrets of the treasure house.

The clever Ali Baba wittily deal with the robbers. With the help of the beautiful Marjina, Ali Baba succeeded in defeating the robbers and rescued the repentant brother Kaseem.

The treasures are distributed to the poor.