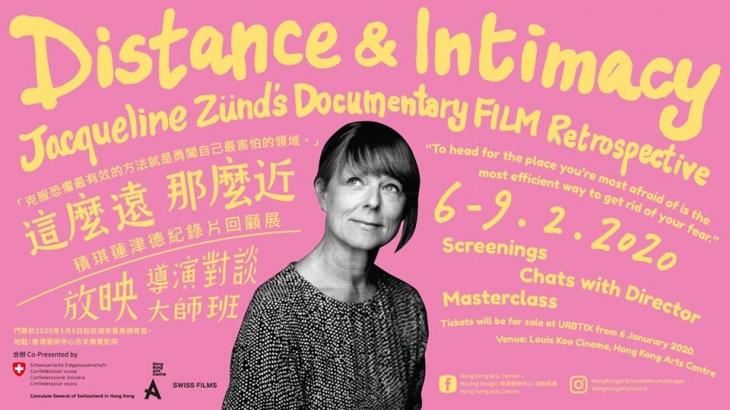 Swiss documentarian Jacqueline Zünd frequents the distant but intimate lives of people from around the world - the insomniacs, the aged and the children - embracing their delights and disappointments, regrets and hopes, and other contrasting sensations. As these people wander along their paths of ritual, befittingly or misfittingly, they understand life anew with wisdom, dignity and vitality.

Zünd has been a critically acclaimed multi-award winning filmmaker since her debut. Her works have participated in prominent festivals including the Berlin (Germany), Locarno (Switzerland), Moscow (Russia) International Film Festivals, Visions du Réel (Nyon, Switzerland) and DOK Leipzig (Germany) amongst others.

Zünd will visit Hong Kong to chat with the audiences about her three own directorial works and bring two films that have influenced her filmmaking.

*with introduction and after-screening talk