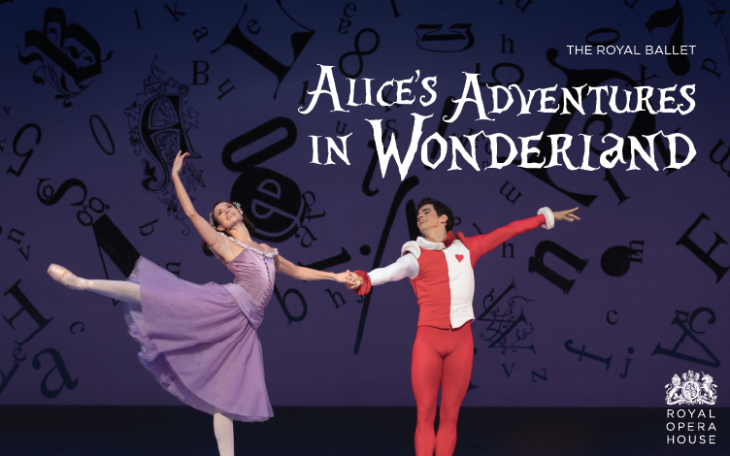 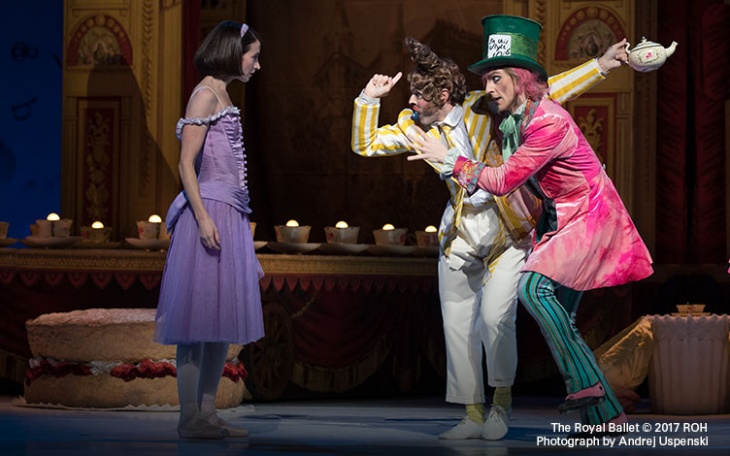 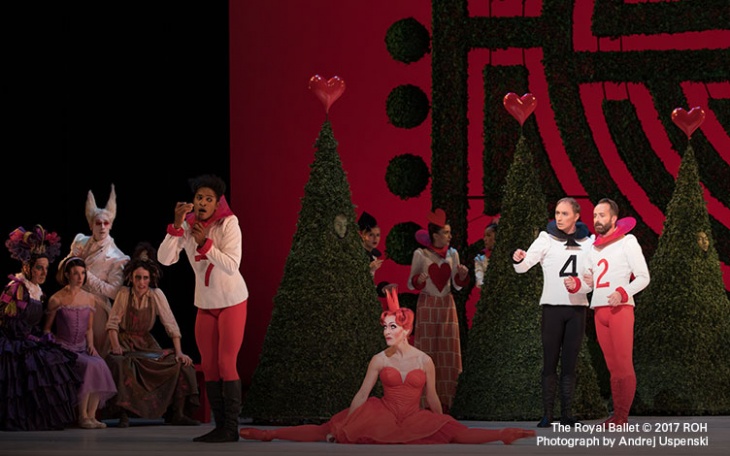 Adventure down the rabbit hole with Alice as she encounters a cast of extraordinary and instantly recognisable characters, from the highly-strung Queen of Hearts—who performs a hilarious parody of The Sleeping Beauty’s famous ‘Rose Adage’—to a playing-card corps de ballet, a sinuous caterpillar and a tap-dancing Mad Hatter. This ballet does not avoid the darker undercurrents of Lewis Carroll’s story: a nightmarish kitchen, an eerily disembodied Cheshire Cat and the wild tea party are all here in vivid detail. The performance shows The Royal Ballet at its best, bringing together world-class dance with enchanting entertainment.

Christopher Wheeldon’s Alice’s Adventures in Wonderland was first performed in 2011 and this performance was filmed in 2017. The ballet is an explosion of colour, stage magic and inventive, sophisticated choreography. Joby Talbot’s score combines contemporary soundscapes with sweeping melodies that give a nod to the classical 19th-century story ballets. Bob Crowley’s wildly imaginative, eye-popping designs draw on everything from puppetry to projections to make Wonderland wonderfully real.

Please note that this is a screening of the theatre production, and not a live performance. Re-entry permitted.