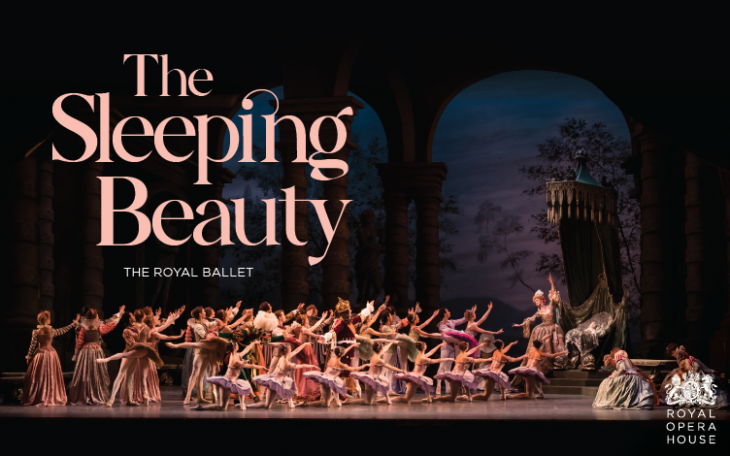 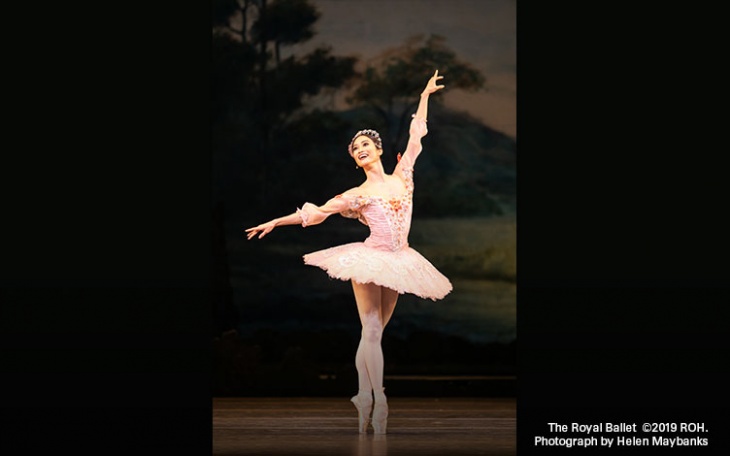 Elegant and enchanting, The Sleeping Beauty was choreographed in 1890 by one of the most influential figures in ballet, Marius Petipa. Produced in 1946 to celebrate the end of World War II, The Royal Ballet’s adaptation of the work has become a much-loved part of the repertory. Experience this timeless fairytale, which was staged and recorded in 2020, skillfully translated from the stage by screen director and former ballet dancer Ross MacGibbon.

The Royal Ballet’s The Sleeping Beauty combines Marius Petipa’s masterful 19th-century choreography and Tchaikovsky’s masterful and passionate score with specially-choreographed sections by Frederick Ashton, Anthony Dowell and Christopher Wheeldon, in a staging by Monica Mason and Christopher Newton. Together, they create an enchanting sequence of ballet gems—the iconic ‘Rose Adage’ when Aurora first meets her royal suitors, the lilting ‘Garland Waltz’, the ‘Vision’ pas de deux where Prince Florimund sees Aurora for the first time, and the celebratory divertissements and final pas de deux that bring the ballet to its glorious close.

The Sleeping Beauty unfolds when the wicked fairy Carabosse is furious that she was not invited to Princess Aurora’s christening. She gives the baby princess a spindle, saying that one day the princess will prick her finger on it and die. To soften Carabosse’s curse, the Lilac Fairy, gives a magical gift of her own—Princess Aurora will not die, but will fall into a deep sleep, which will only break upon a prince’s kiss. On her 16th birthday, Princess Aurora discovers the spindle, pricks her finger and falls into an enchanted sleep. The whole palace sleeps with her. One hundred years later, Prince Florimund discovers the palace hidden deep within a great dark forest and awakes Princess Aurora with a kiss.

Please note that this is a screening of the theatre production, and not a live performance. Re-entry permitted.