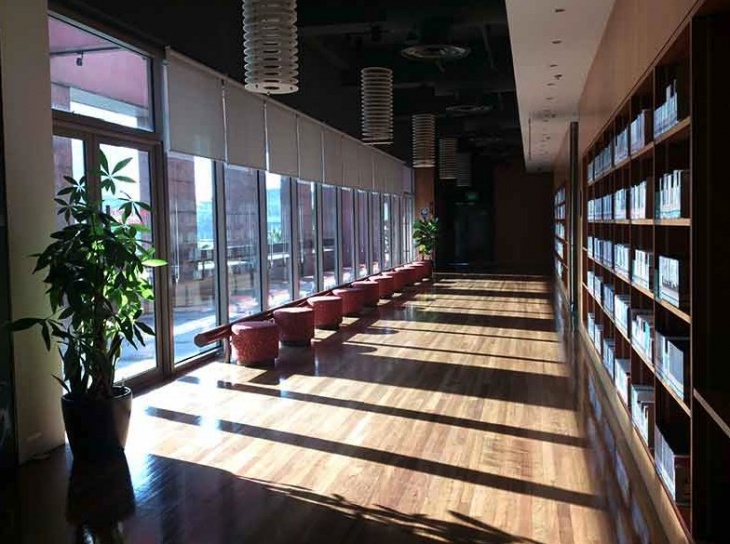 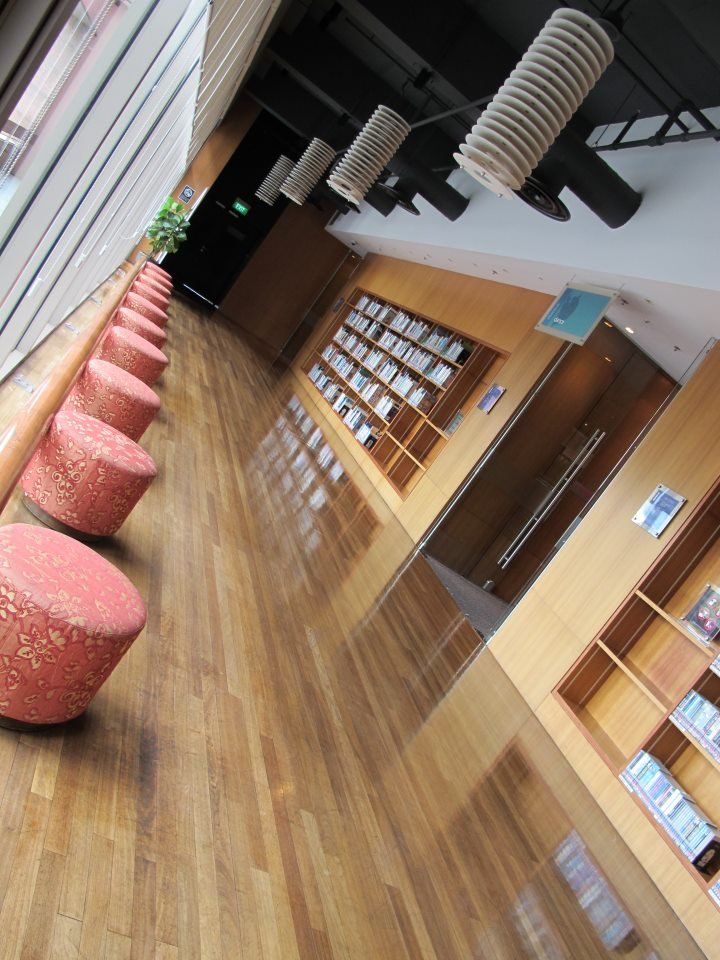 Niche Library in the Performing Arts Specialising in the Areas of Music, Dance, Theatre, and Film!

The library@esplanade, Singapore's first public library dedicated to the performing arts, was officially opened on 12 September 2002 by Mr Khaw Boon Wan, then Senior Minister of State for Transport and Information, Communication and the Arts.

A one-stop resource library for the performing arts, library@esplanade also offers information and services in the areas of music, dance, theatre and film. Besides the collections, the library is also host to a variety of performing arts related programmes and exhibitions. The library's location on the third level of the Esplanade – Theatres on the Bay is unique within Singapore, and makes it one of the few libraries in the world to be co-located within a performing arts complex. It spans an area of approximately 2,300 square metres.

In keeping with its theme, the library has adopted the metaphor of a village to lay out the collection into four performing arts ‘Villages’: Music, Dance, Theatre and Film. Each Village has its own ambience, colour theme, and character. Library resources are categorised by theme, with different media formats, print and non-print, found alongside each other, allowing for greater accessibility and convenience.

The library has facilities catered to the performing arts, including three Screening Rooms, a Piano Practice Room, and a Silent Studio where musicians can hold jamming sessions. Members of the public may rent these facilities at an hourly rate.

YMF2017: A Celebration of Music by Tanglewood Music School

YMF2017: A Celebration of Music by Tanglewood Music School