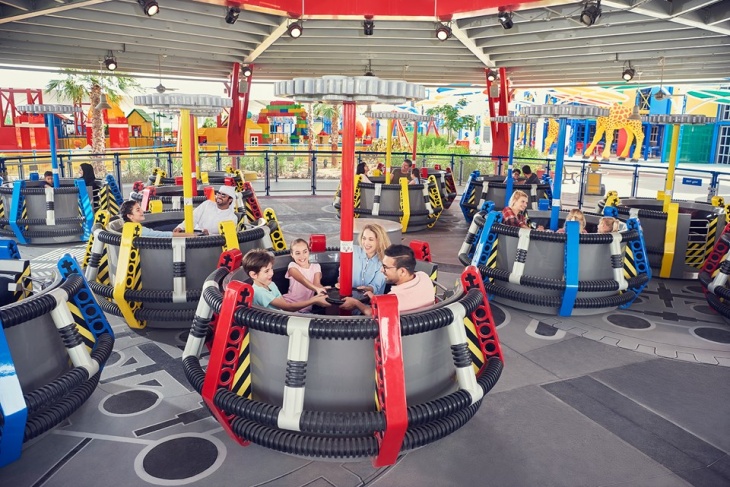 Spend a day in new worlds crafted out of Lego when you head to Legoland Dubai!

This incredible, unique theme park is not only an enjoyable place to visit for the whole family, but it also fosters creativity and inspires artistic creations. Visit the Factory, where you can pick up the day’s essentials, and learn how the Lego bricks, in all their incredible range of shape and color, are made. You can head into the Lego City, which appears like a Lego Airport, taking you to new worlds. The city looks like a gigantic Lego city, where the whole family can try driving Lego cars, planes, boats, or even be a part of the Sea Port, Police Headquarters and more.

In the world of Imagination, kids and adults alike can put their imagination in full flow as they build and race their own Lego cars. You can even learn to build Lego robotics in MINDSTORMS. If your taste is more for fantasy, head to the Kingdoms, a medieval Lego land where you can ride incredible theme park attractions all based on Lego medieval kingdoms as well. Adventure will take the whole family into action-packed thrills, like dodging water blasts in Wave Racers, finding the Pharaoh’s Treasure, and even a submarine adventure. Finally, Lego takes on the real world in Miniland, where everyone can see some of the world’s most famous landmarks and iconic locations recreated entirely in millions of Lego bricks on display. Is one park of adventure and excitement not enough? You can opt to bundle your Legoland ticket with a ticket to one of the other famous theme parks in Dubai, such as Bollywood Park, Motiongate, or even the Legoland Water Park!

The LEGOLAND® Dubai location is strategically located on Sheikh Zayed Road between Dubai and Abu Dhabi as an integral component of Dubai Parks and Resorts, are the Middle East’s largest multi-themed leisure and entertainment destinations.

Be NINJA at LEGOLAND®

Be NINJA at LEGOLAND®