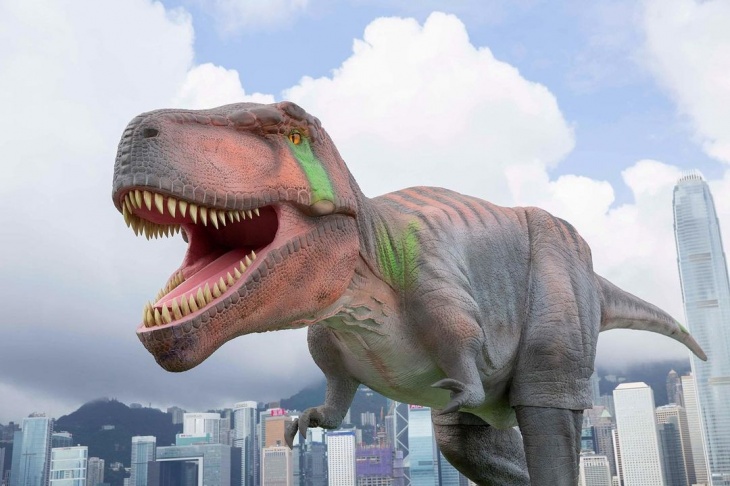 Wharf Malls and First Initiative Foundation team-up on the "Flash Pop-up: Robotic Dinos" from June 7 onwards. The star attraction is a 1:1 robotic T-Rex seen at Harbour City's "Ocean Terminal Deck". With the background of Victoria Harbour, everyone can interact with the terrifying T-Rex which moves and screams.

In addition, Harbour City is also hosting the "Dinosaur Academy" which takes place every Sunday from June 12 to July 10. Kids can learn about dinosaur history during the Cretaceous period and discover new knowledge. They’ll study fossils, paint dinosaurs at the "Sea View" site and even get a set of 8 dinosaur cards and souvenirs! Seats are limited, first come, first served!