Is Your Child a Smartphone Addict?

I often hear mums concerned about the amount of time children spend on their phones playing games, and in the process not only do they lose track of the time, but it's also hard to pull them away from the game. Whilst it is true for mobile devices in general, in this article I will focus on the gaming part of the devices.

I will give a glimpse of what goes on in the mind of a video gamer and why it’s challenging to pull them away from the game or indeed, pulling themselves away. I will also give tips on what can potentially be done.

Here is a dialogue from one of my coaching sessions. The child here is a teenager going to an International School in Hong Kong. This child had come to me because he wanted to reduce the time he was spending on gaming and do other more meaningful things. He had himself tried to this but having failed, he was seeking my help. 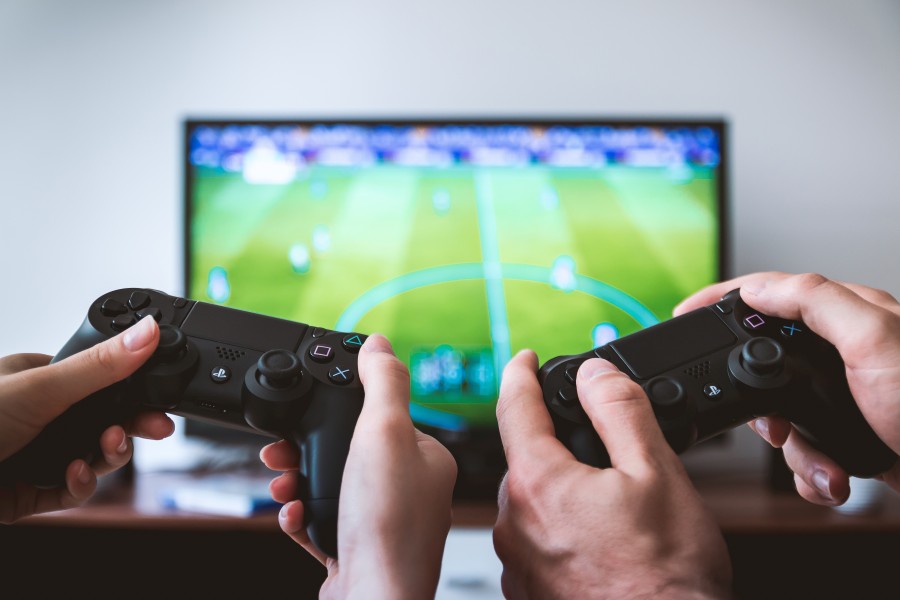 Me: When do you find time to play the games?

He: When I am travelling to and from school, waiting for food in a restaurant, when I come back from school and need to wind down, or during holidays and weekends.

Me: How do you choose the game you want to play?

He: I love football, so the game I want to play is about football.

Me: What happens when you start playing the game?

He: So, the game has levels. Each time I score a goal, I get a reward in some form and after I have collected, I go to another level. When I go to the next level, I get more excited and I want to play more. When I lose especially by just 1-2 points, I feel very angry and then I want to keep going even more. Because I want to cross that level. I know I can do it and I can’t rest till I have done it.

Me: And how does it feel when you are playing the game?

He: I feel I am inside it, it’s a part of me. I get a lot of contentment from playing the game. It’s a very rewarding experience.

Me: What happens when you put your phone away?

He: When I am during an exciting part and I am forced to put it away, I feel very angry. (After a pause) Now that I think of it, when I put the game away even on my own volition, for quite some time I am still thinking about it. And the feelings I have is mostly of anger about everything I could have done better in the game but didn’t, or the points I could have earned, but did not.

As we can see from the excerpt above, the kids these days constantly need something to keep themselves occupied, even when they are waiting for the food to arrive. As we can see from above, (and from our own experiences), video games engage the child in a way that is very stimulating for them. It also helps them to tune out of everything for a few hours. Action, sound, pace and the instant reward of the game is enticing and stimulating. What starts as a time filler, slowly becomes a habit without us realizing it. 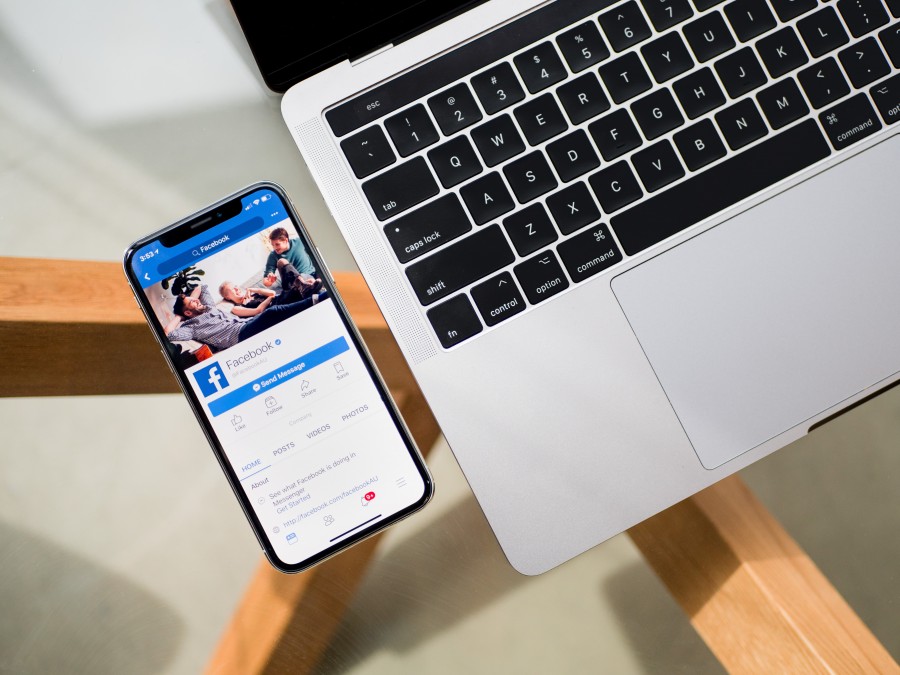 Charles Duhigg has done a lot of research on how habits are formed and how we can break old habits to form new ones. According to him, habits consist of extremely simple but very powerful 3 step loop:

CUE: The cue triggers your brain to initiate a behaviour or a craving. It is a bit of information that predicts a reward. E.g. you are feeling stuck in a very difficult project.

ROUTINE: Is the craving that gets initiated from the cue and our response to that craving. E.g. You take out your phone and check the social media. 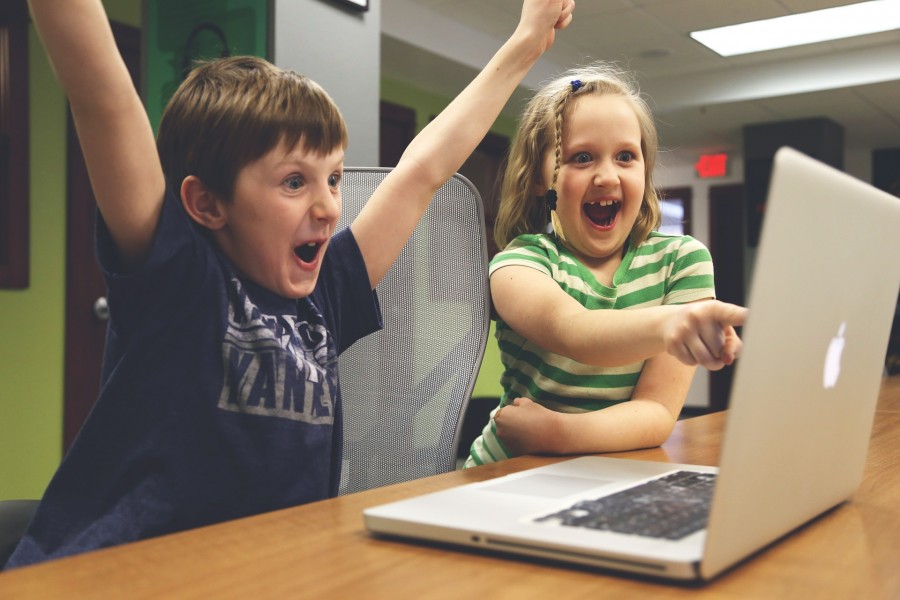 What should we, parents, do?

‒ I gave you the above information, so you can understand how habits work. Once we know how things work, it becomes easier to use them to your advantage. For the child above, here is what we did:

What is it about?

‒  Like in the case above, the child liked the thrill of seeing progress and success in a short span of time (which one can see in real life… it takes a lot of practice to graduate to the next level). Knowing what they get out of it, makes it easier to find alternate means of giving them the same gratification/reward.

What would you like the child to do instead?

‒ This is the most important part of the whole loop. Knowing what you want or your child wants to do instead. The alternative must be strong enough so that it provides an equivalent reward. In this case, the teenager actually loved football and wanted to create his YouTube channel about the game. This step requires effort and experimentation to find what will work. This is where it is important to work with your child instead of just taking away the phone.

In this case, this boy is typically doing this when he is travelling to school, coming from school sitting alone, basically bored. In order to fill the void he is just pulling out his phone to play a game, which slowly builds to a point where, eventually, he does it during social occasions such as having dinner. 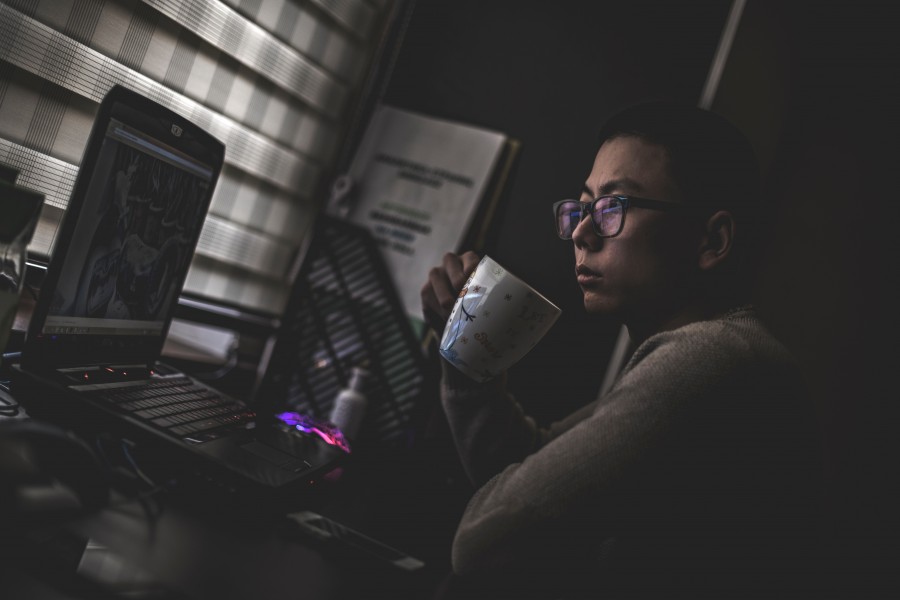 What is the alternative reward?

‒  Once my client was aware of what he was getting out of the video game and what he wanted instead, the last step became easier. We created a game to get him off his game. Every time he stopped playing his game 15 minutes fewer than the last session he played, he would give himself a star. And in 1 week if he earned 15 stars, he earned 15 minutes of gaming time that weekend. However, what do we do during the time when he is bored, like coming from school or going to school. We supplemented it with him looking at football videos and creating his YouTube channel.

So, in nutshell, each time he gets the urge, in this case when he is alone or bored, he has something to supplement that, like watching football or creating videos for his channel. In other words, he has supplemented it with other challenging game. Credit: photo by Natureaddict on pixabay.com

Technology, like anything, has its pros and cons. It is a resource and it’s up to us on how we use it. Gaming has a lot of benefits to it like better hand-eye coordination, improved motor skills, and heightened concentration, just to name a few. As parents what we should be aware of is – how much of gaming time is enough and what is the gaming time eating into. From the very beginning, it is best to set boundaries on the electronics usage, and if the problem becomes heightened then find creative ways of reducing the screen time. As I always say, with older children, make rules with their consent and once made, it becomes a parent’s responsibility to enforce them.

Does Your Child Procrastinate?

How to be a “Lazy” Parent

About the Author: Shalini Bindal is ICF-trained, Certified Professional Coach. She does personal and group coaching for Career Moms and Teens. Before becoming a Life Coach, she was an HR Professional and Corporate Trainer. She also trains tweens and teens on Soft Skills including Public Speaking Skills, Assertive Communication Skills, Social Skills. A mother of 2 teenagers, Shalini has lived in India, Belgium and now Hong Kong. Email her for a free 45-minute session (in-person or virtual) at shalini@kaleidoscope-workshops.com