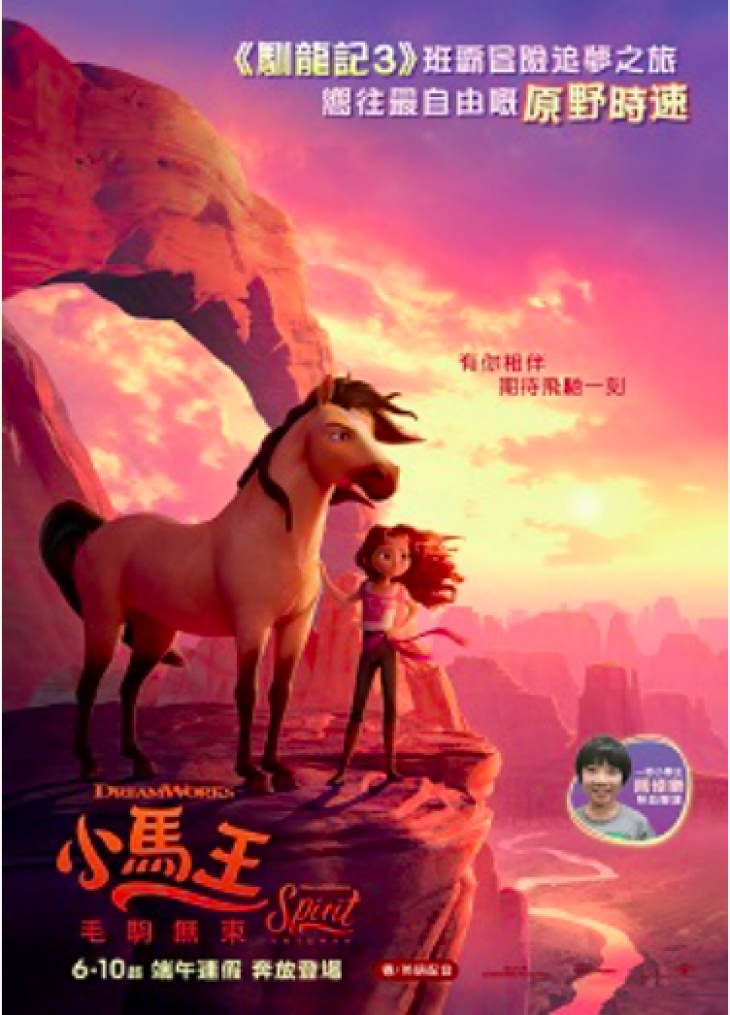 Lucky is a fish out of water in the raucous railroad town, but she has a change of heart when she meets Spirit, a wild Mustang who shares her independent streak, and befriends two local horseback riders, Abigail Stone (MCKENNA GRACE, Captain Marvel) and Pru Granger (MARSAI MARTIN, Little). Pru’s father, stable owner Al Granger (Emmy winner ANDRE BRAUGHER, Fox’s Brooklyn Nine-Nine), is the best friend of Lucky’s father.

When a heartless horse wrangler (Emmy nominee WALTON GOGGINS, FX’s Justified) and his team capture Spirit and his herd and plan to auction them off to a life of captivity and hard labor, Lucky enlists her new friends to stop them. Together, the girls bravely embark on the adventure of a lifetime to rescue the horse who has given Lucky freedom and a sense of purpose and has helped her discover a connection to her mother’s legacy and to her Mexican heritage that she never expected.