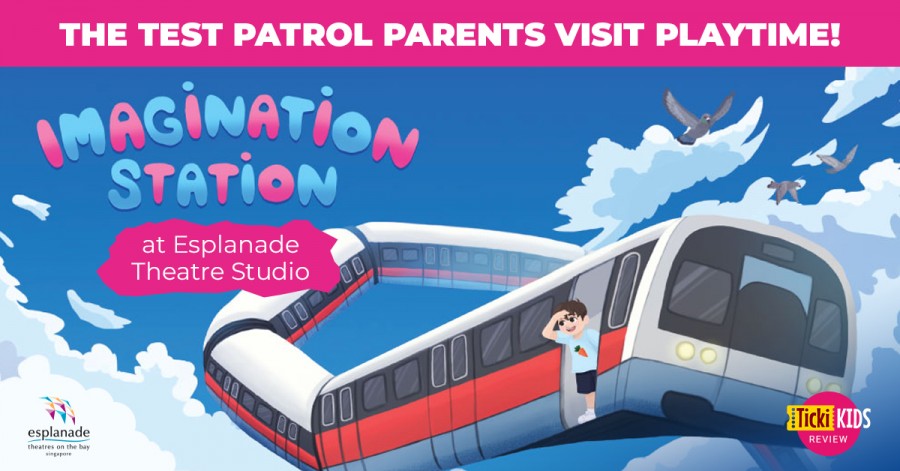 It is impossible to underestimate the importance of bravery and not being afraid to learn something new for the child's development. Bravery is the most powerful tool against anxiety and it can boost kids' self-esteem as with every conquered fear children become more confident. Yet, parents cannot force their children to be brave as it is a choice that people can make only by themselves. However, parents can explain to their kids the importance of courage and the art can become the most convincing tool here.

We decided to check out whether the most iconic city’s theatre Esplanade - Theatres on the Bay has a program that can help kids to understand why it is essential to be brave and try out new things. And we have found Playtime! Imagination Station play that will run in the theater from April 29 to May 15 among many other plays and events!

What kind of play is this?

Playtime! Imagination Station is a play written by Perry Shen and directed by Lim Junjie. It is a story of the adventures of Jamie, a shy and awkward boy who prefers to live in his own world.

The boy's adventures begin when the train he rode to Imagination Station, where only imaginary friends can go, breaks down. Jamie is left alone in a strange place and will have to cope with his distaste for strangers in order to get help.

So, along the way, he meets some fun new characters and a couple of old acquaintances. And finding the strength to ask for help, Jamie tries to repair the train to get home.

Playtime! Imagination Station is a theatre performance with a diverse cast of performers that shows kids how to deal with changes as bravely as they can. Each character in this play will be close and understandable to children. Actors’ interactions with the audience, dancing, acting, and songs will keep children's attention from the beginning to the end of the play. The duration of the play hits the spot as it lasts for 40 minutes and is most appropriate for the audience: kids aged 3-6 years. 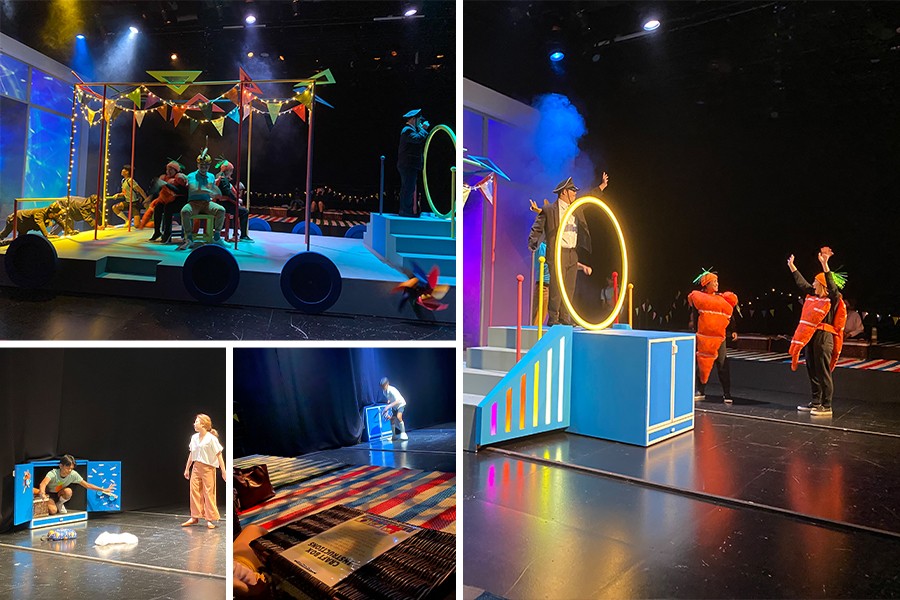 TickiKids' Parents on a Mission

Yesterday, TickiKids’ Test Patrol family of Lynnice Ng, and her three daughters Shirlene, 10, Estelle, 8, and Kelene, 5, were sent on a mission to take a look at the play and find out what is the meaning of the Playtime! in the title. They were happy to share their thoughts and expressions from this adventure!

“We’ve been to this venue before”, says Mrs. Ng. “The surroundings there are comfortable, appealing, and colourful”. The setting was refreshing for us as the audience was seated at two sides. We felt like we were inside the show itself with the actors talking to us. When the ‘train’ came out, we then realised it was a train station. The scenes went smoothly from home to train and even to the moon. The volume of the music was just right, not too loud.”

Editor’s note: Playtime! Imagination Station is a relaxed performance. It means that the entire show is designed so that children with sensory or communication difficulties or learning disabilities or children on the autistic spectrum can watch it without straining their nervous system.

For example, there are no complete blackouts and the house lights are brighter, there are no abrupt or loud noises. Kids who still feel that the sounds are too loud can get a set of headphones.  And Mrs. Ng added that there weren’t live musicians or dancers on the stage. 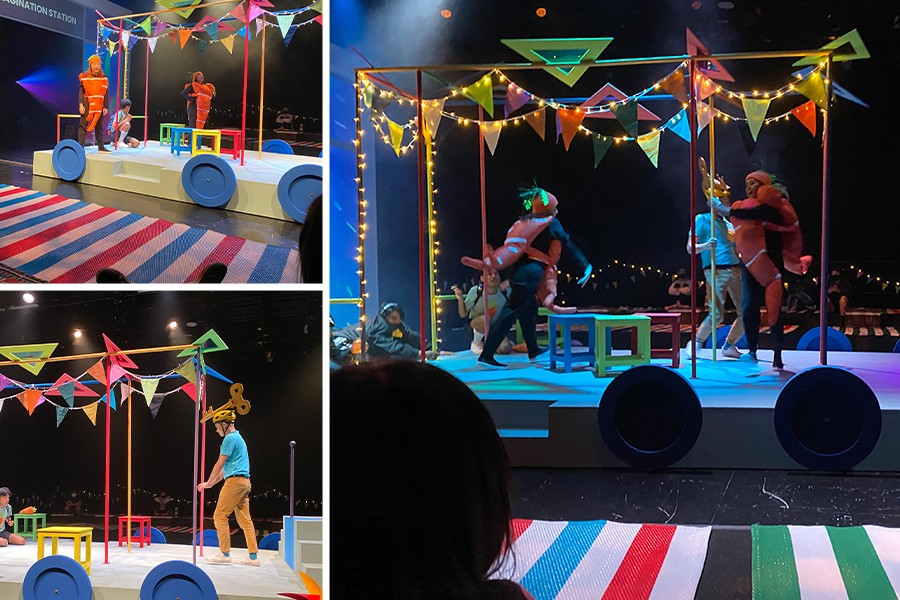 What did the children like most about the performance?

One of the distinctive features of Playtime! plays is that kids take an active part in the performance, something that has not been able to happen since the start of the pandemic and recently reinstated with the relaxation of safe management measures. For example, there is a crafts kit box filled with paper, ribbons, and strings on every seating place and actors encourage the kids to join them on stage and do something together.

Children took part in the craft activities to make the ‘train doors’. They were very excited to do it as the materials provided were easy to use. Mrs. Ng says.

In addition, she highlighted that the line of the play is understandable for kids so there is no need to explain to them what's going on.

The characters here are familiar to every kid so everyone can find their favorite.

The favorite character is milky as my daughters love milk and milky has a very cute head.

What makes this show unique?

It's how it allows for audience interaction in a very natural way. We don’t feel so much of a distance between the stage and audience seating or between the actors and audience. It’s like everyone is in the show, playing our part in the story. Well thought out!

And there is one important line that Mrs. Ng believes to be the most helpful, timely, and essential to follow: “The key to success is to be brave and to try new things.” 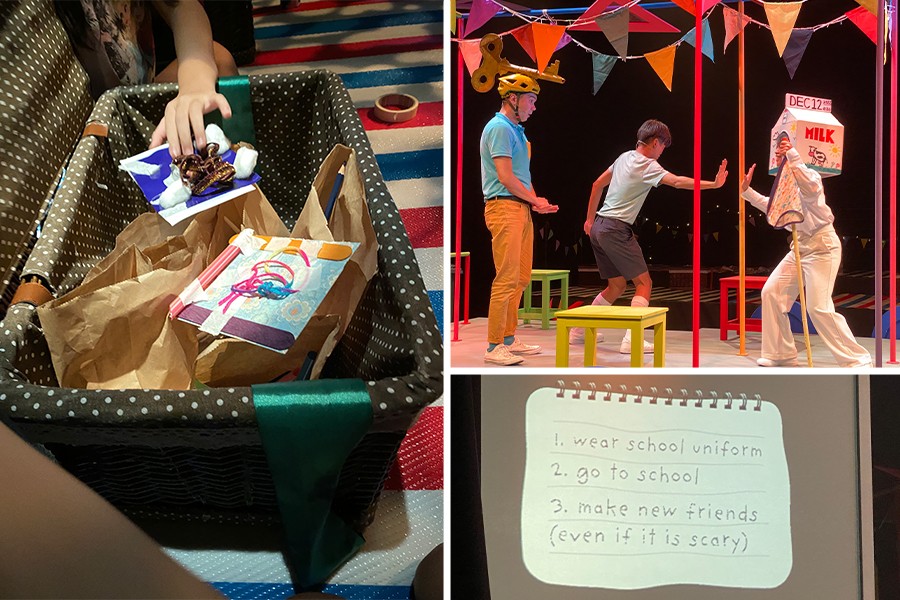 If you had to convince someone to come and see the performance, what would you say?

Expect a very entertaining, educational and inspiring play with craft activities involved to keep your little ones highly engaged!

Editors note: you can prepare kids beforehand with the Playtime! Imagination Station pre-visit guide  that provides step-by-step instruction on where to go and what you’ll see. It is an essential help for kids on the autism spectrum.

The TickiKids team would like to say thank you to Lynnice Ng, and her three daughters, for providing us with their impressions and photos!